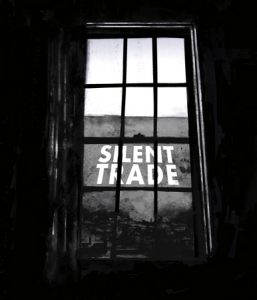 You wouldn’t know it at first, but it’s happening.

Amongst the immaculate lawns and shiny new Audis of a leafy Belfast suburb.

Hidden away behind the noise and the chaos of a rowdy student street.

Trapped in the familiar anonymity of an isolated farming town.

The quiet figures manipulated between houses.

The human beings imported and exported in a market that’s anything but free.

The Silent Trade that’s booming in the north.

Kabosh presents the premiere of ‘Silent Trade’ by Rosemary Jenkinson, a deftly crafted and exposing new production unveiling the alarming rates of human trafficking and domestic servitude reported in the north.

Recommended for age 15+, as performance contains strong language, scenes of a sexual nature, references to violence and abuse.