Reliving The Golden Age Of Linen

The acclaimed sculptor FE McWilliam recalled childhood summers where the fields around his Banbridge home came alive with the deepest blue as acre after acre of flax began to bloom.

Scutching this flax was the first step in the creation of the world’s finest linen, for Banbridge and the blissful roling drumlin country that surrounds it, was at the heart of Ulster’s world famous linen industry. It still is, though that industry today consists of just one, albeit illustrious company.

Today special tours can take you along the Bann, the river that powered the local linen industry, past the scutching mills, spinning mills and weaving mills that remain from this golden age. You will also see the great houses of the families that made their fortunes from the trade. The towns and villages built on linen still remain, and you can even visit a restored watch tower built in the 1800s to guard one of the many bleaching greens in the area.

We begin our tour at the beginning of the linen process. For generations from the late 1800s, local farmers would bring the raw flax to McConville’s Scutch Mill, just outside Dromore, one of many such mills dotted around the local landscape. 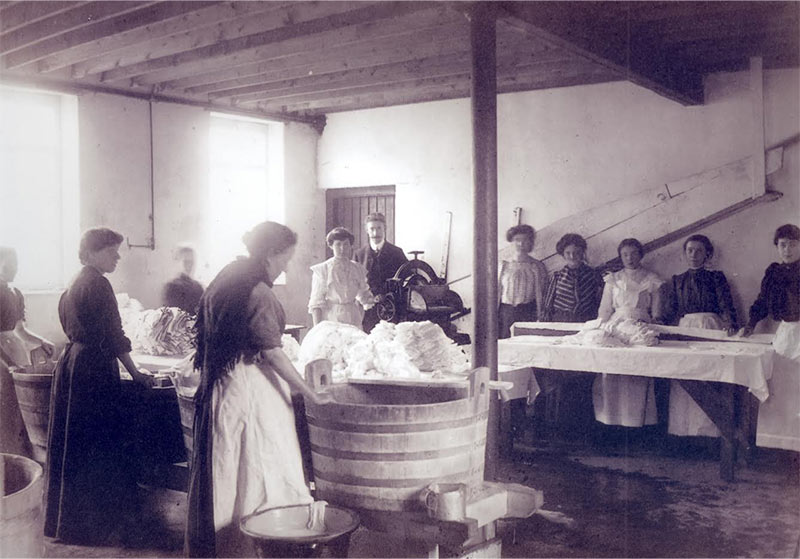 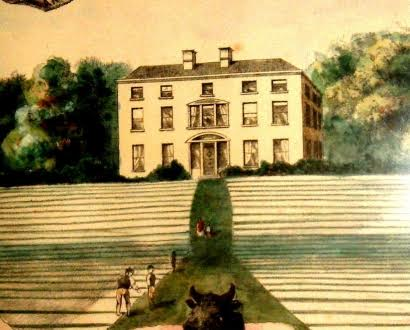 Today, McConville’s is a working museum, hosted by Eugene and Felix McConville, whose grandfather, also called Felix, built the present mill. The linen connection, however, came from his wife, of the Mussen family, Huguenots who had arrived in Lisburn to bring their know-how to Ulster’s fast developing linen industry in the late 1600s.

Eugene and Felix will first show you how flax was scutched [isolating the fibres which will be spun into linen yarn] in ancient times. Then, after a fascinating trip to their museum, inspecting the working steam engines Eugene has reassembled, not to mention a vintage camera, comes the piece de resistance.

Felix sets in motion the mill’s great water wheel, which dates from 1875, and was beloved of Harry Ferguson, the ‘father of modern agriculture’ who grew up nearby. In the main room there is a roar as the rollers and scutching machines, the same as were used until the mill’s closure in 1955, spring into motion.

Take away this basic mechanisation and the process hasn’t changed since the Egyptians worked their flax by the banks of the Nile thousands of years ago.

Today special tours can take you along the Bann, the river that powered the local linen industry, past the scutching mills, spinning mills and weaving mills that remain from this golden age.

Eugene and Felix take the flax, already soaked in water for nine days, and set it between two metal rollers so that parts of the stalk can be separated, before skilfully running it against a turning wheel to remove the chaff and leave only the fibres which are ready for the next stage – spinning.

Eugene concludes the visit with some tunes on his fiddle, usually accompanied by a sing-song with visitors, who arrive from all over the world for this unique experience of local history.

In the old days, the flax would now be spun into yarn at a spinning mill. Today that service is carried out abroad. But you can see the rest of the process today at a tour of the last producers of fine Irish Damask linen, Ferguson’s Irish Linen at Banbridge. 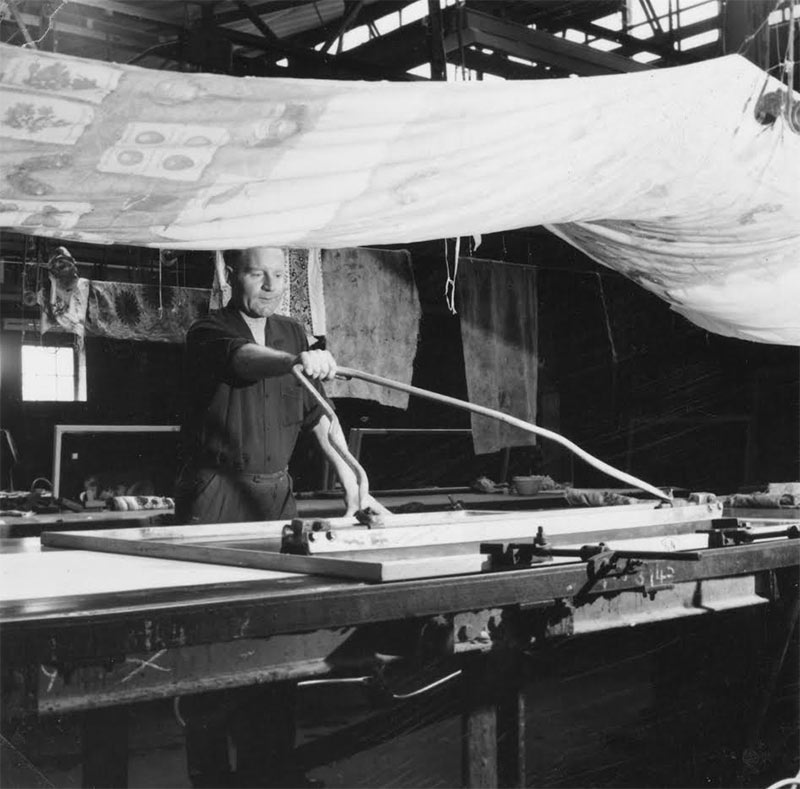