“From a rude block of ebony, a fragment of an elephant’s tooth and a piece of silver, having first formed his lathe and his tools, he shapes and bores the complicated tubes, graduates the ventage, adapts the keys, and forms the instrument of perfect external finish and beauty that discourses most eloquent music…”

What is the connection between the blind 17th century Armagh man with a genius for making Irish pipes described above and one of the world’s most prestigious piping festivals?

There are few sounds so distinctive or memorable as the Irish pipes, be they called Uilleann (‘pipes of the elbow’) or Union. And if you share a love of their sound in its many manifestations, there is only one place to be this November, at the William Kennedy Piping Festival in Armagh.

The festival is hosted by the Armagh Pipers Club, founded in 1966 by Armagh cultural icon, artist and piper, JB (Brian) Vallely and his wife, Eithne. 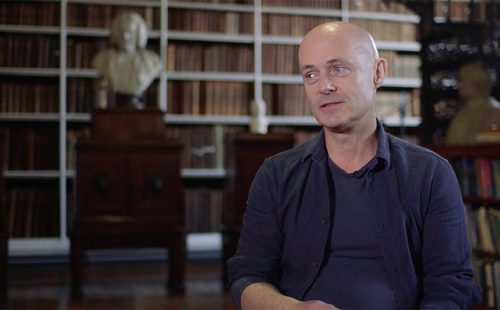 The festival is hosted by the Armagh Pipers Club, founded in 1966 by Armagh cultural icon, artist and piper, JB (Brian) Vallely and his wife, Eithne.

The man who inspired the festival was born near Banbridge back in 1768, When William Kennedy lost his sight at the age of four a bleak future, in those harsh days, appeared inevitable.

But fate had other plans. Sent to Armagh to learn the fiddle, the youth was fortunate to be lodged with a cabinet maker who taught him to use a variety of tools. Amongst other things, Kennedy soon found he had a remarkable skill in repairing bagpipes and, as these skills developed, he began to make pipes from scratch.

Over time he introduced many important innovations to the pipes, such as adding keys to the chanter (the finger holes on which players create the melody), so that flats and sharps could be played. He also extended the range of the chanter, adding additional notes to the organ-stop, and adding two large keys managed with the wrist, so that part of the basses, or all of them, can be stopped or opened easily. He even invented his own bagpipes.

Over 130 years after Kennedy’s death, the crucial Armagh connection to Irish piping was re-ignited by Brian and Eithne Vallely, when they founded the now renowned Armagh Pipers Club. Since then the club has been involved in the musical education of thousands of children, most learning from their innovative tutor books. Many of today’s finest traditional musicians, including Brian and Eithne’s sons Niall (concertina), Cillian Vallely (uilleann pipes) and Caoimhín (piano), developed their musical talents at the club.

For Brian Vallely, one of the most important aspects of the festival has been to create, “a level playing field where people feel comfortable to come together and listen to music, enjoy things and all the rest of it.”

This coming together of different backgrounds has seen record numbers of Scots and Highland pipers joining the Uilleann pipers each year. As with many traditional instruments the pipes have long been embraced by both Protestant and Catholic communities, not least in the Armagh area.

Of course, piping extends much further than that. Indeed, one of the highlights of this year’s festival is a musical and gastronomic tour through the French regions featuring several leading French pipers.

There’s a magical treat for the under-7s with performances of ‘the Quiet Tree and the Creatures of Whistleberry Forest’.

You can trace the music of families on the journey of the Armagh Pipers Club with ‘Musical Footsteps’ and there’s a stunning night of Uilleann Pipes at the atmospheric Armagh Planetarium with Mikie Smyth, Brian McNamara, Joe McKenna, Robbie Hannan, Jarlath Henderson and Aoife Smyth.

As always there’s workshops and classes for those who wish to improve their skills on the pipes.

If you wish to find out more about this spectacular celebration of  inspiration piping visit www.armaghpipers.com/wkpf 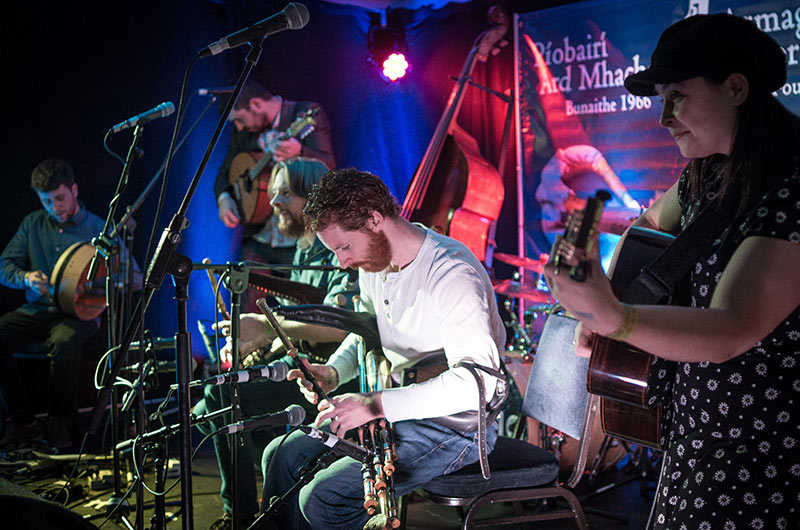