When you visit St Patrick’s [Church of Ireland] Cathedral, one of the most famous in the world, begin your journey of discovery in its ancient crypt. Barely changed in over 750 years, you will find five ancient Celtic sculptures on the wall. Carved in the same pink sandstone, perhaps even by the same skilled hand, it is possible these mysterious figures belonged to the Ulaid Tribe, long associated with nearby Emain Macha [Navan Fort].

Study them intently for they will help you understand the Ireland Patrick arrived in back in the 5th century. After his years as a shepherd on Slemish Mountain, he had returned to begin his crusade to bring Christianity to the Irish. Although he landed near Saul in Strangford Lough, it was in Armagh, not far from Emain Macha, that he built a stone church in the place he wished to become the centre of Irish Christianity.

First, according to the 7th century writer Muirchu in the Book of Armagh, he had to deal with the local chieftain Daire. Although Patrick wanted to site his church on the hill (Ard Macha – the Height of Macha) that gave Armagh its name, Daire proposed a site near today’s Scotch Street, where it seems Patrick built his first church in Armagh.

But later Daire relented and Patrick was able to build his stone church on the site of the current cathedral in 445AD. He and his followers dug a ditch around the new church, to show that within this area sanctuary would be granted to Christians. But in the years and centuries that followed there was little protection for the expanding settlement he had founded, not even within the church itself. 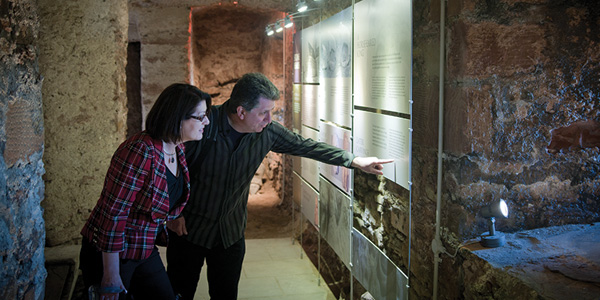 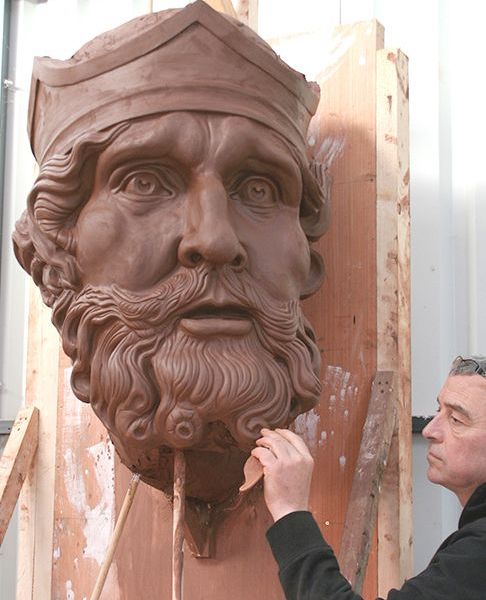 Viking raids were frequent. Between 831 and 1013 Armagh was plundered on ten occasions by the Vikings, and two other times with the help of Irish forces. For four years Vikings actually occupied the city, driving out the abbot from the church.

In 1004 the greatest of Irish High Kings, Brian Boru, travelled to the church to make an offering of gold at its altar, in doing so recognizing it as the centre of Irish Christianity.

Ten years later, having inflicted the final defeat upon the Vikings, he was killed at the Battle of Clontarf.

From Swords, just outside Dublin, along the ancient road that linked the royal sites of Ireland, a huge funeral procession bore his body to the church that is now St Patrick’s Cathedral. You can see a plaque commemorating this momentous event in the cathedral grounds where he is buried. A statue of Brian Boru by Mayo sculptor Rory Breslin was erected in the cathedral’s beautiful walled gardens in 2015.

Viking raids were frequent. Between 831 and 1013 Armagh was plundered on ten occasions by the Vikings, and two other times with the help of Irish forces.

The gardens, accessible from Market Street, are laid out in the style of early Christian monasteries and include herb beds and an orchard.

In 1268 the then Archbishop of Armagh, Mael – Padriagh Ua Scannail, designed the cathedral we recognize today, creating the large crypt. In its early years it was used to keep church jewels and the valuables of local people.

The arrival of Archbishop Robinson in 1765, ‘the second founder of Armagh’, saw a new role for the crypt and a striking restoration of the cathedral. He converted a bay of the crypt as a tomb for his brother William and himself. Archbishop Beresford is also buried here.

The cathedral was again restored in 1834, just before building began on the Roman Catholic St Patrick’s Cathedral nearby.

There are numerous features of interest to explore inside from an 11th century Celtic Cross to beautiful silverware and many sculptures from different eras.

Today, St Patrick’s Cathedral draws visitors from all around the world and Patrick’s vision has been proudly realized. Armagh of the two cathedrals is truly the centre of Irish Christianity. 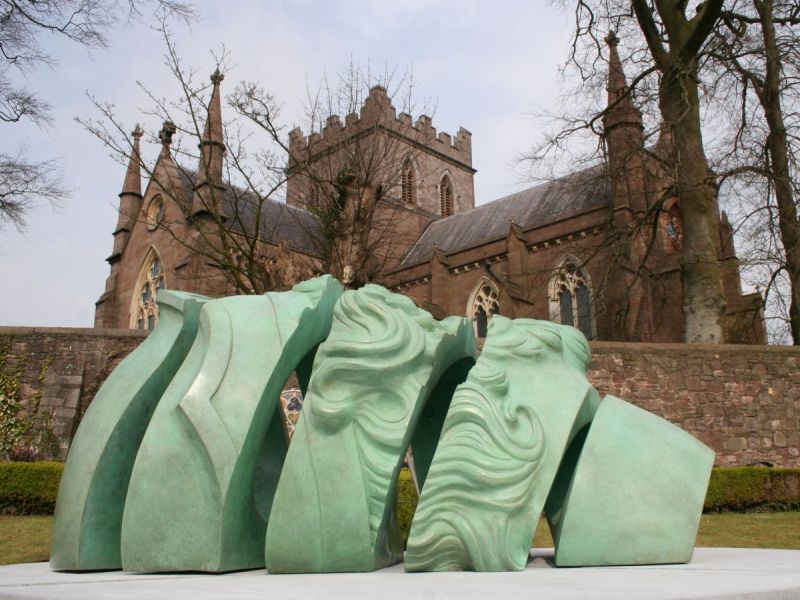