Forced to race against the prized Arabian horses of Conor McNessa, king of Ulster, the heavily pregnant goddess Macha emerged triumphant but, pushed beyond endurance, died after giving birth to twins. Her last words had been a terrible curse – when facing their greatest peril, the men of Ulster would be as weak and vulnerable as women in the throes of childbirth.

And so, when the warrior queen Maeve of Connaught brought her troops to Ulster to capture Ulster’s most prized possession – the Brown Bull of Cooley, none of the famous Red Branch warriors are able to defend their king and province.

Just one warrior, the powerful Cú Chulainn, leader of the Red Branch warriors, is free from the curse. The nephew of King Conor McNessa was born in Newgrange, just outside the boundaries of Ulster. Known then as Setanta, he journeyed as a youth to his uncle’s court at Emain Macha, hoping to join the Red Branch warriors. Never without his hurling stick, he beat 150 boys at this sport at the palace.

He earned his new name while still a youth. One day he was on the way to a feast at the house of Culann, blacksmith to the king, when Culann’s fearsome wolfhound attacked him. Setanta hurled his sliotar (hurling ball) down the hound’s throat, killing him. Culann was distraught at the death of his hound. “Who will protect me now?” he asked. Setanta offered to take the place of the dead hound. From now on he would be called Cú Chulainn, ‘the hound of Culann.’ 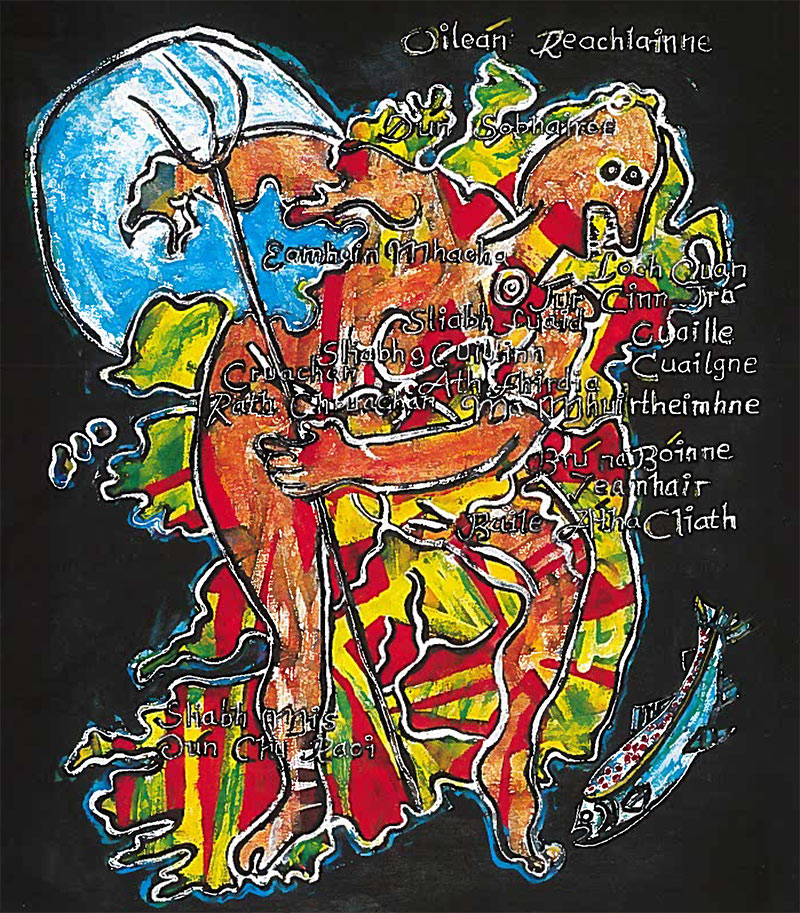 Cú Chulainn was still a young man when he raced to prevent Maeve entering Ulster but now he had established himself as the greatest warrior in the land.

Cú Chulainn was still a young man when he raced to prevent Maeve entering Ulster but now he had established himself as the greatest warrior in the land. Maeve offered him great rewards if he would let her march into Ulster and take the bull but Cú Chulainn could not be persuaded. Despite being totally outnumbered, he wreaked terrible damage with his slingshot, killing hundreds of Maeve’s army. But he promised to cease his attacks if Maeve sent one champion to fight him each day.

Every day brought another titanic battle and different enemies to overcome, including Morrigu, the water goddess. Maeve then tricked Cú Chulainn’s foster brother, Ferdia, into fighting him. After five gruelling days, Cú Chulainn narrowly emerged the victor but was badly wounded in the conflict and deeply troubled by having to kill his beloved brother. While he recovered, the men of Ulster finally emerged from Macha’s curse. The two great armies now became locked in conflict.

Maeve and her army returned to Connaught, having stolen the brown bull. But, after defeating the White Bull of Connaught in a fight, he made his way back to Ulster. Peace was finally made between Maeve and the men of Ulster and Cú Chulainn led the Red Branch warriors back to Emain Macha as heroes. 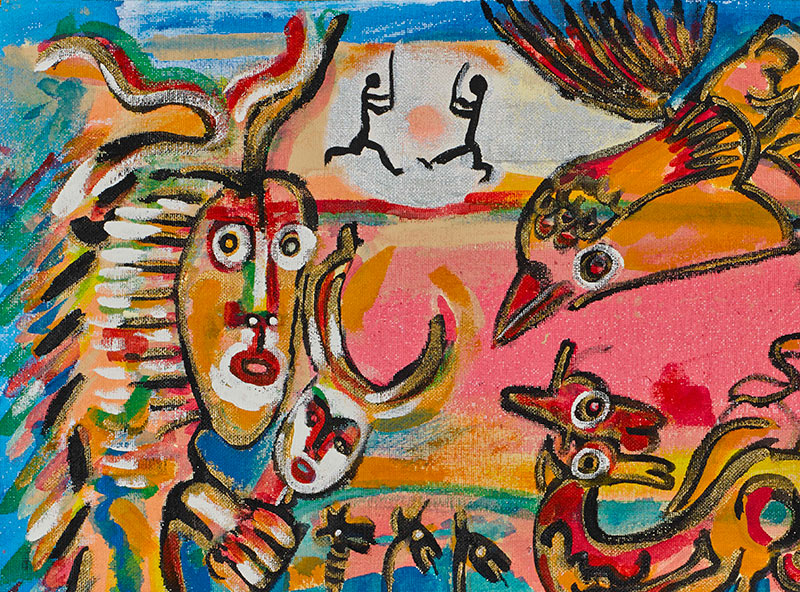