The Curse Of Macha

At the royal site of Emain Macha, home of the ancient kings and queens of Ulster, history and myth seamlessly merge in a cycle of heroism, conflict and spirituality. Even its name is taken from the exploits of a Celtic goddess, the only site in the Celtic world so honoured. That name would extend to that of Armagh itself.

The legendary King of Ulster, Conor McNessa, was hosting a great feast and had invited important guests from near and far. One of these was Crunniuc, a widower who lived as man and wife with a young maiden. Unknown to him, this was actually the goddess Macha, who had taken human form.

Throughout the feast Crunniuc boasted of her remarkable powers, including the great speed at which she could run. As the evening wore on the king became more and more angry until, patience exhausted, he demanded that Macha prove her worth by racing against his prized new Arabian horses.

Heavily pregnant, Macha protested that this would endanger her life. But the king was merciless, should she refuse Crunniuc would die. Macha had no choice but to accept the contest. The course was marked out and the seemingly unequal race was begun. To Crunniuc’s delight and Conor’s fury, Macha managed to outpace the horses, despite her condition. 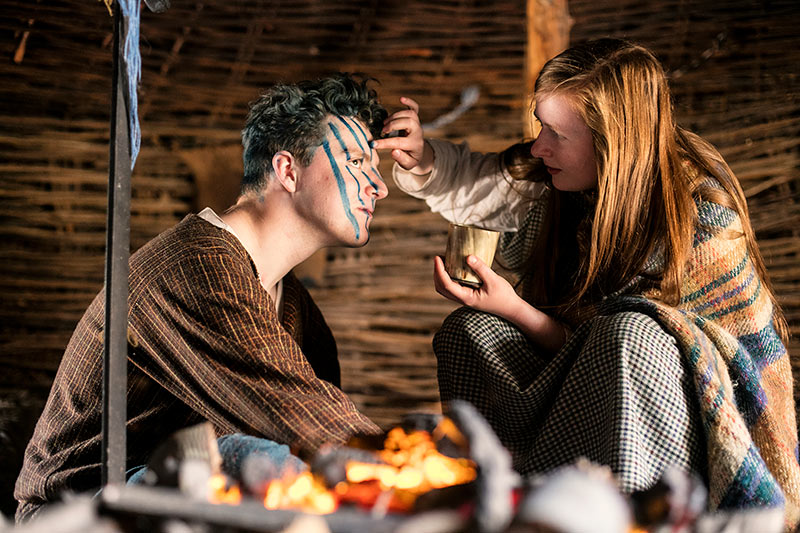 But the exertion had taken its toll. During the race Macha went into labour and at the race’s end gave birth to twins. But in saving her husband’s life she had forfeited her own. Before she died she found the strength to issue both a terrible curse and a blessing, a legacy symbolised by the twins she leaves behind.

She blessed the men of Ulster with great strength and power. But if Conor was delighted with this great boon he was chilled to the marrow by her dying curse. At their time of greatest need, when danger threatens the very survival of the province, the men of Ulster will find that their powers have faded and they are left as weak and vulnerable as a woman in the throes of childbirth. 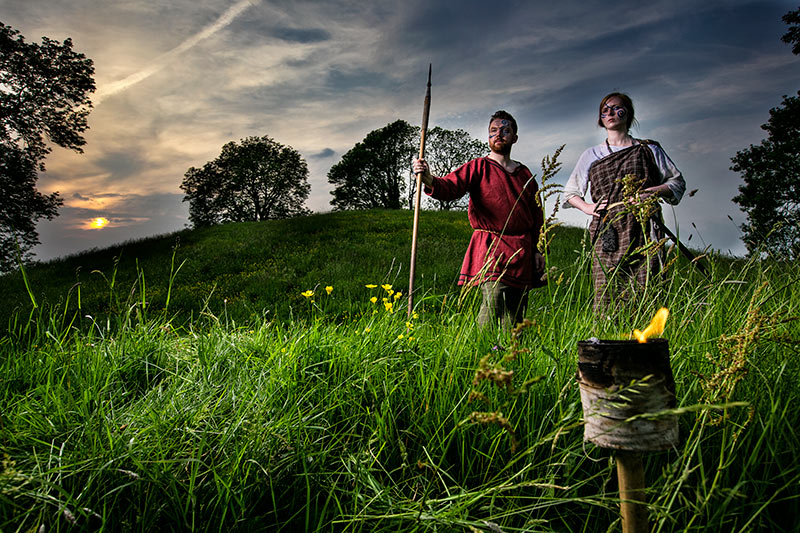 She blessed the men of Ulster with great strength and power. But if Conor was delighted with this great boon he was chilled to the marrow by her dying curse.

Many years later, when Conor McNessa, greatest of all the legendary kings of Ulster, is still in place, that curse will strike at the heart of the province in the most famous tale of the Ulster Cycle, the Táin Bó Cúailnge or Cattle Raid of Cooley. A warrior then will emerge to defend Ulster who will become the most famous in Ireland. But will it be Macha’s curse or blessing that will prevail?

And what about the name? Emain Macha means the ‘Twins of Macha’. Navan is the anglicisation of Emain. But the importance of Macha goes much further locally for Armagh comes from the Irish, Ard Macha, ‘the heights of Macha’.