Soaring through the solar system past exploding supernovas, escaping black holes, landing on the moon and visiting distant suns – a trip to the Armagh Planetarium is one of the most fascinating visitor experiences you can enjoy.

But without the vision and remarkable perseverance of one man it would not have happened. Thanks to Eric Lindsay, a renowned astronomer who believed that a planetarium was the best way to satisfy the growing public interest in astronomy, Armagh would find itself at the heart of planetarium innovation and technology.

As Director of Armagh Observatory, the UK and Ireland’s oldest working observatory, Lindsay wanted to find a novel and exciting way to bring understanding of the galaxy to ordinary people.

He spent many years scouring the globe, searching for funds to build the Planetarium and trying to persuade people that Armagh was the perfect location for such an ambitious venture. Beginning his campaign during the Second World War it was not until the 1960s that he received the support of the government and local council to finally realise his dream.

Building began in 1965 and soon the first director was appointed, Patrick Moore, beloved to generations of astronomy fans as the presenter of the BBC’s ‘Sky at Night’. 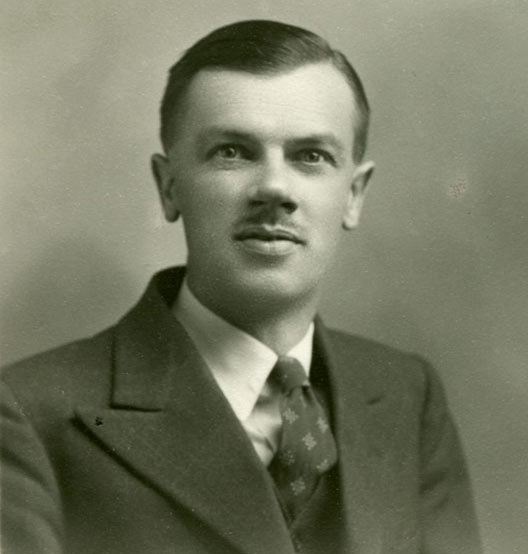 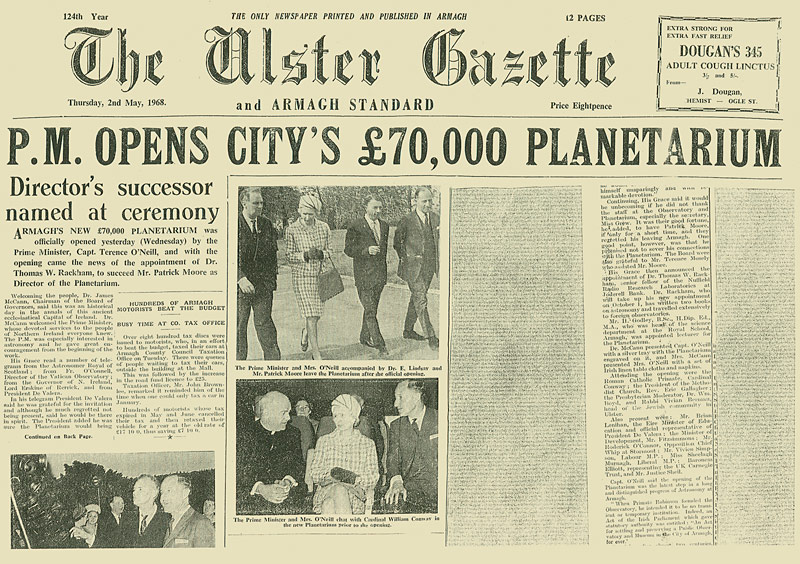 As Director of Armagh Observatory, the UK and Ireland’s oldest working observatory, Lindsay wanted to find a novel and exciting way to bring understanding of the galaxy to ordinary people.

The Armagh Planetarium finally opened its doors to the public in 1968. This was one of the earliest dome planetaria in which the night sky was recreated on the ceiling, using the latest technology of the time. Since then Armagh has been at the forefront of planetarium technology.

Over 1.65 million people, more than the population of Northern Ireland, have visited Armagh Planetarium, now the longest serving planetarium in the UK or Ireland.  As well as being the first in the world to show moving images by projecting videos on the dome it created the world’s first ever completely interactive planetarium show, ‘Space Odyssey’.

It’s been visited by famous astronauts and astronomers and continues to lead the way in planetarium technology. Its Digistar 5 projection system is the first to project a full colour 3D experience over the audience’s head, taking them hurtling through space to the very furthest galaxy. And today, visitors can enjoy some of the most creative and dramatic films in the realm of moving images.

And it’s all thanks to Eric Lindsay and the dream he kept alive for decades.