You’ve been taken on a ride through the galaxies at the Planetarium. Now discover them for yourself, walking through the grounds outside on a trail that leads you through space to the UK and Ireland’s oldest working observatory. This is the Armagh Astropark.

The Armagh Astropark has been designed as a scale model of the universe, set in lovely parkland just minutes from the city centre. So, take a self-guided tour (a guided tour is under development), it’s the most fun you can have learning about the galaxies!

Ever wondered how large the Sun and planets of our Solar System are and how far they are from each other? Our first stop, the Sun, reveals all. Our closest star, it is denoted as a giant archway, at the same scale as the planets you will encounter in the form of a line of steel globe scaled to the real sizes – Mercury, Venus, Earth, Mars, Jupiter, Saturn, Uranus and Neptune.

It’s hard to draw a map of something as vast as our universe and include all the important details. The Hypercube reflects the way we use different scales to overcome this problem. If you imagine a series of cubes each ten times larger than the one inside, it’s incredible how big they eventually become. Our Hypercube has three such cubes inside it. 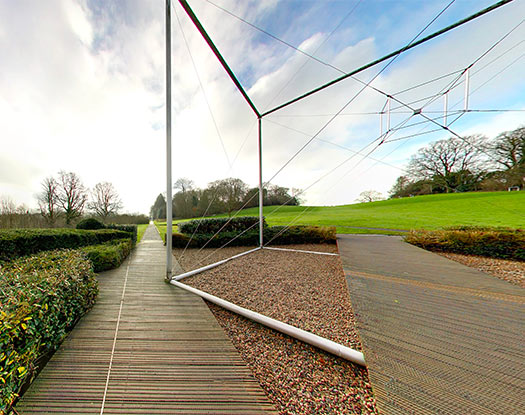 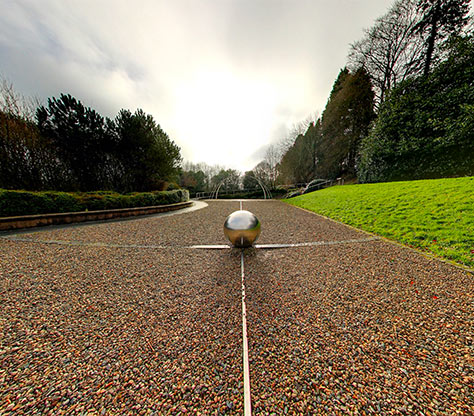 At the Hill of Infinity we can accelerate away from the Earth to discover the most distant objects in outer space and reach the end of the universe. How? As you climb the hill each paved line represents a factor of ten change in scale so every ten metres you walk is the same as moving ten times further from earth. Say hello to the stars and the galaxies as you pass!

Stone Calendars were used all over western Europe to help our ancient ancestors tell the time of year by judging the direction of sunrise and sunset. Now imagine that all time is scaled down to one year. Humans, latecomers as we are, evolved a mere hour ago in this time scale. So, two more circles have been added: the middle shows the last four days, and the inner one the final minute of December 31stIt represents the entirety of human civilisation!

By the way, if all this high powered thinking gets a bit much, why not take a picnic to the wooded area and enjoy a relaxing break in these beautiful surroundings before heading on to our last stop, Armagh Observatory.

At the Hill of Infinity we can accelerate away from the Earth to discover the most distant objects in outer space and reach the end of the universe.

Work started on this famous observatory in 1789. It was founded by Archbishop Robinson, who was responsible for most of Armagh’s beautiful Georgian heritage, and funded by himself.

Known as the ‘second founder of Armagh’ after St Patrick, Robinson provided the impetus but it was expanded over time and many invaluable artefacts were added, such as instruments from King George III’s observatory in Kew Gardens in London, and presented to Armagh by Queen Victoria in 1840.

Inside are several historic astronomical clocks, wind gauges, telescopes and many unique scientific instruments. Perhaps most famous is the Grubb Telescope in the Robinson Dome, which dates from the 1880s. Still in use today, it was viewed by hundreds in 1997 to watch the progress of Comet Hale-Bopp.

Centuries after its founding, Armagh Observatory is still at the forefront of astronomical research with around 25 astronomers based here, exploring key areas like solar system astronomy, the stars and our Galaxy. 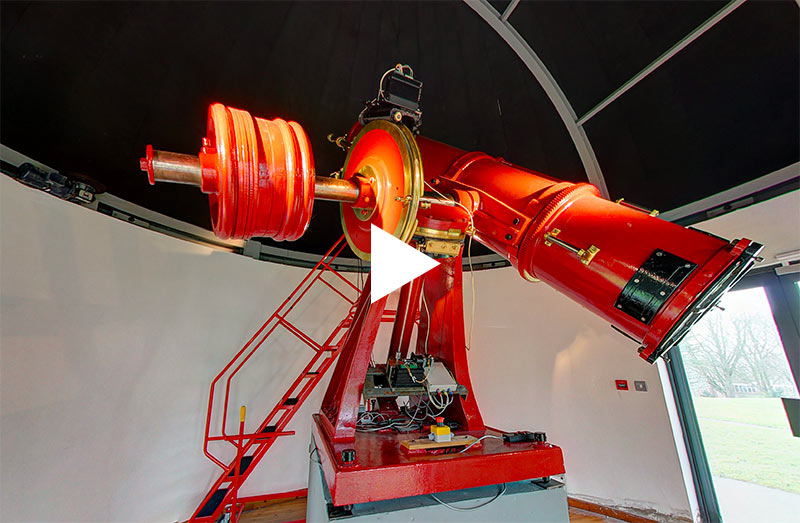 Armagh Observatory in the 1950s