Soaring Through Space In The Past & Present

It’s like being on a super rocket travelling through the Solar System. You sit back in the chair and the ceiling above you suddenly turns into the night sky. Then, woosh, you’re off!

You fly low over the planets, over huge cliffs or past these amazing bright lights. Going through the Milky Way was incredible. At one point a black hole appears before you capable of swallowing a whole planet, let alone a little spaceship. Supernovas exploded as though we were right in front of them.

You learn as you go. Now I can identify meteorites and name the constellations like Orion. It was strange to see other moons and suns, not just the ones that we know.

After the shows we were just in time to make and launch our own rockets. It works on the principle of Newton’s third law, that every action has an equal and opposite reaction. We took a large plastic bottle and they showed us how to make it aerodynamic with wings, which we designed and painted.

For the launch outside they half filled the rocket with water and launched it with compressed air. Mine went hundreds of yards into the air and hit the weather station. It’s the oldest in the world so just as well it survived my rocket.

In the exhibition area we learned about all the people who went to the Moon while my little sister squished aliens in a video game in the children’s room and my brothers dressed up as astronauts and guided a rocket through space. Then they had their photos taken on the Moon. Wish they’d stayed there. 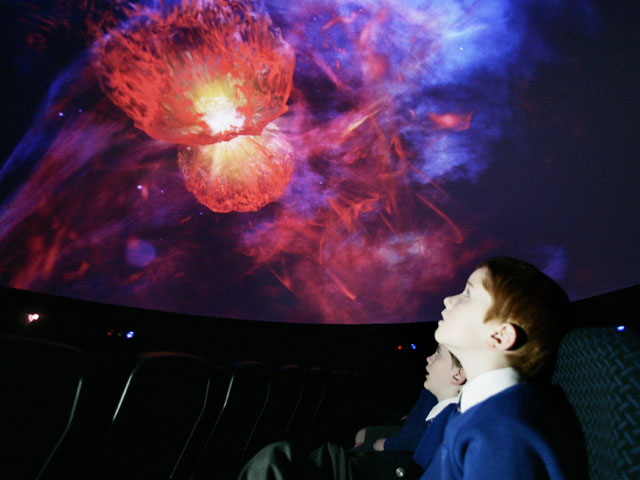 The most incredible thing for me was touching a meteorite that had come to the Earth in Argentina. It’s the biggest in Ireland and is rusting a wee bit as it is partly made of iron. It was so strange to think I was touching something that was 4.5 billion years old. It’s impossible to really get your head around, just like looking at this little sliver of material that came from the Moon.

This summer we are coming back for a night of stargazing outside with the Planetarium telescope. We’ve got the bug big time now, once you’ve travelled around the stars you keep wanting to find out more about them.

You learn as you go. Now I can identify meteorites and name the constellations like Orion. It was strange to see other moons and suns, not just the ones that we know. 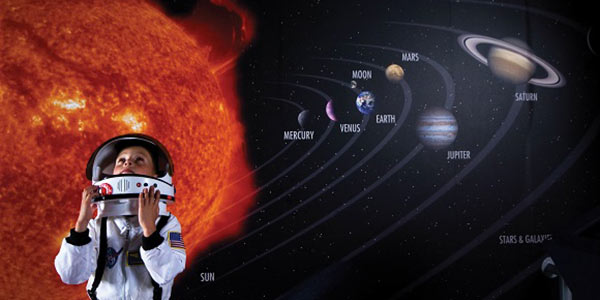 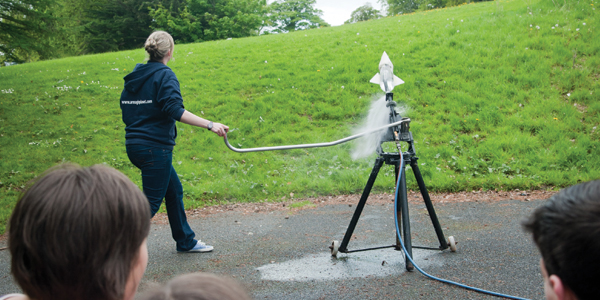