Follow the Saint Patrick’s Trail through a host of Christian sites at Bangor, the Ards Peninsula, Downpatrick, Newry and Armagh to uncover just how strong Northern Ireland’s links are with this patron saint.

The 92-mile linear driving route links 15 key sites, all identified as having some connection to his life, legacy or landscape – they are all just waiting to be explored 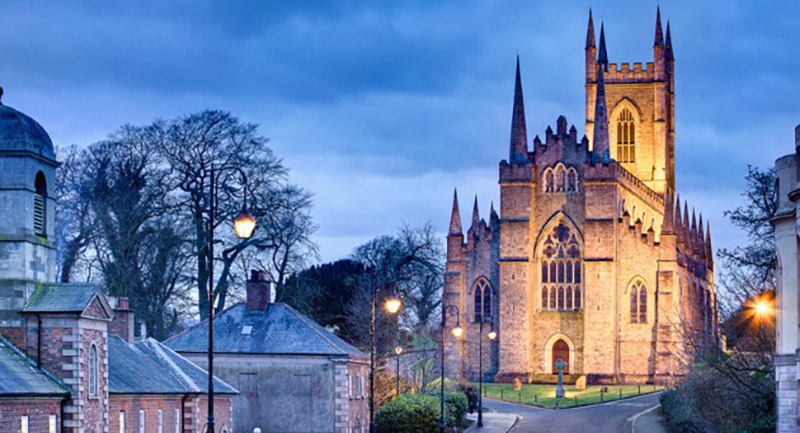 The North Down Museum is a key Christian Heritage site, and the perfect starting point on any St. Patrick itinerary, attracting pilgrims from Europe and the world over, who come to see where Saint Columbanus set out for Europe to rekindle Christianity in the Dark ages. The museum is also home to a copy of the Antiphonary of Bangor, one of the most important manuscripts from the early Irish Church and ninth century, Bangor Bell.

Bangor Abbey, founded in the 6th century by Saint Comgall is another must-see attraction.  At the time of Saint Comgalls death in 601 it was one of the most important seats of learning in Ireland with almost 3000 monks.

As you journey down the peninsula, be sure to stop off at the pretty village of Greyabbey. Noted for its fantastic antique shops, it is also home to one of the finest examples of Anglo-Norman ecclesiastical architecture, in the ruin of what was once Grey Abbey. A stroll around the ruins, will also delight, with the opportunity to peruse and even purchase any of the 50 varieties of medicinal plants, from the recreated herb garden. 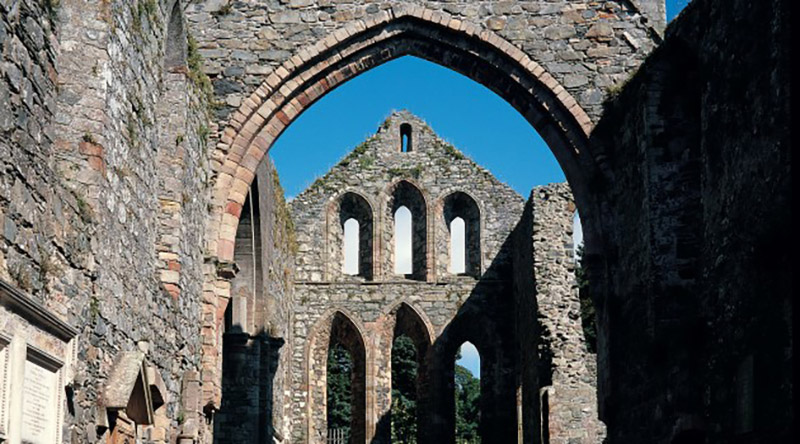 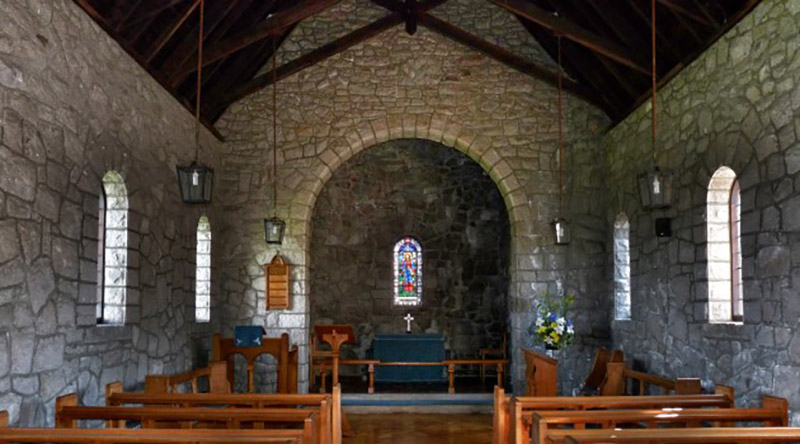 A journey to St. Patrick’s country would not be complete without exploring Downpatrick. Take the ferry from the fishing village of Portaferry over to Strangford and you willl be in the heart of it

Discover the quaint and peaceful Saul Church (said to be the first ecclesiastical site in Ireland), where Saint Patrick began his crusade to convert the Irish.

Three miles from Saul is the magnificent Down Cathedral, where Saint Patrick is buried. Other sites of interest include: The Ruins of St. Tassach’s church(near Raholp), where Saint Patrick was given the last rites, or the holy wells at Struell (Ireland’s first), where Patrick is said to have sung psalms all night whilst naked!. Today, they are more commonly known for their reputed healing powers.

Down Cathedral can also be seen from the vast ruins of Inch Abbey. Situated in peaceful surroundings beside the River Quoille, this Cistercian Abbey was founded in 1180 by John de Courcy, who led the 1177 Anglo-Norman Invasion of Ulster. For a truly interactive experience, The Saint Patrick’s Centre takes you on a journey using film and video. The exhibition focuses on Patrick’s own words, drawn from a confession made near the end of his life. Also nearby, is Down County Museum, a Georgian county gaol, with an impressive collection of early Christian artefacts from carved stone crosses to works of art and material relating to the saint.

The legacy of Patrick’s work can be found in Bagenal’s Castle, Newry. It was at this site, in 1157, that the Cistercian abbey was founded. Little remains of the abbey today, but excavations have revealed human remains, pottery and a 12th century slab of granite bearing a Celtic cross. 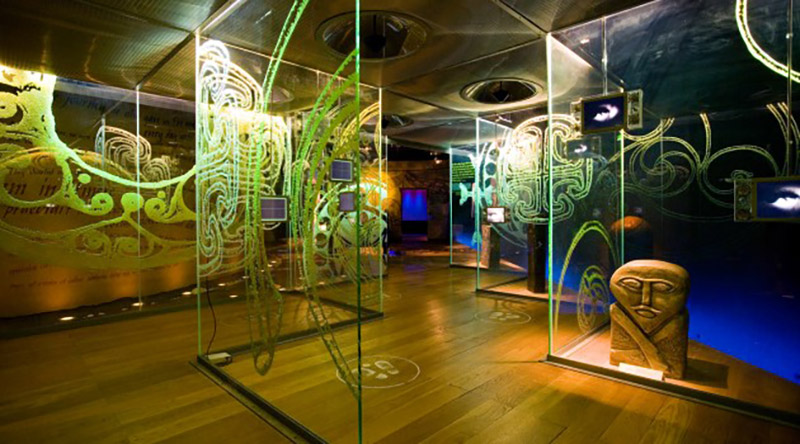 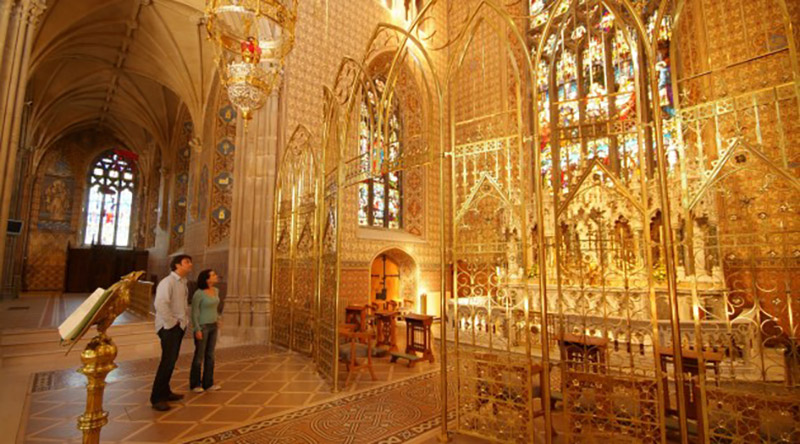 The final stage of the trail brings you to Armagh, a dignified city with elegant Georgian streets and tree-lined malls and known as the ecclesiastical capital of Ireland, for 1,500 years, it is traditionally the seat of both the Catholic and Church of Ireland archbishops. Saint Patrick’s Church of Ireland Cathedral occupies the site of Saint Patrick’s main church. Despite a turbulent history, the 13th century site is a place of great serenity. Centuries later, the St. Patrick’s Catholic Cathedral was built. Marvel at the impressive combination of stunning architecture and stained glass windows. High on its hill, flanked by marble archbishops, work on it commenced in 1840 but was suspended due to the great famine, it was not consecrated until 1904.

Artefacts and collections of archaeological material reflecting Armagh’s leading role in the early Christian Ireland, can also be found at Armagh County Museum, and the 17th and 18th century books belonging to Archbishop Robinson can be found at Armagh Robinson Library. So unique is this library, hours could be spent researching a vast collection of material relating to Christian heritage in Ireland and Europe. Further coin and art collections can be found at No 5 Vicars’ Hill and more can be discovered about Armagh’s Christian heritage at the Cardinal Tomas O Fiaich Memorial Library & Archive. 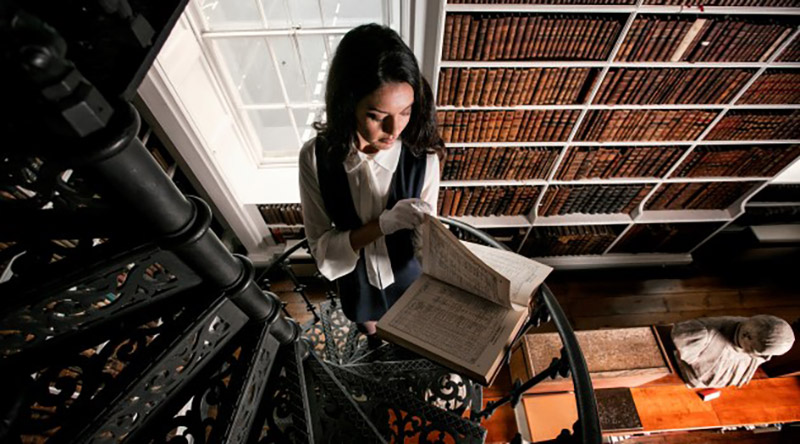 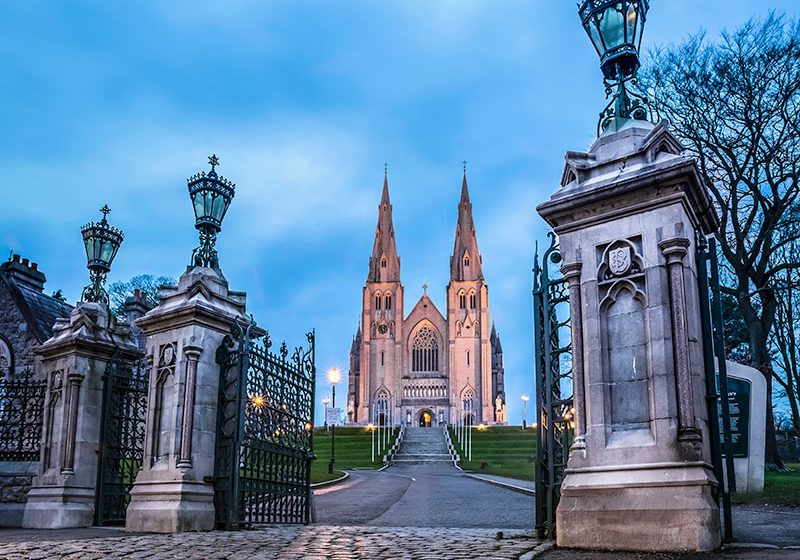 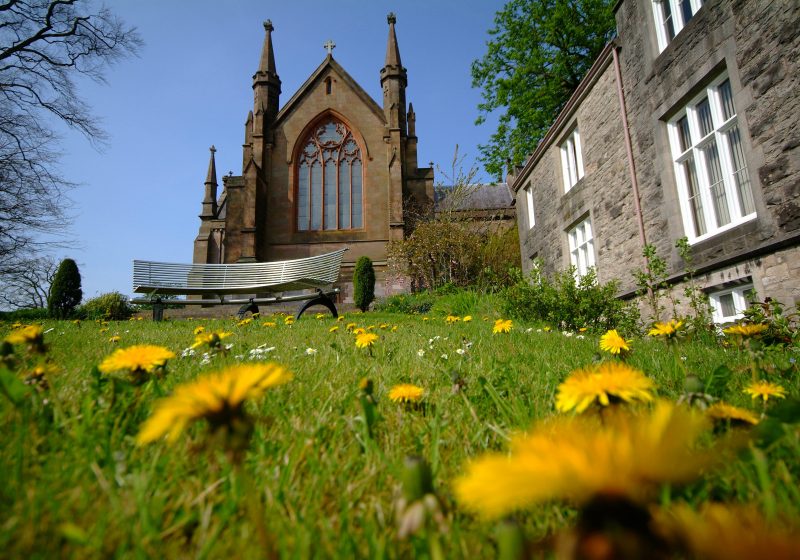 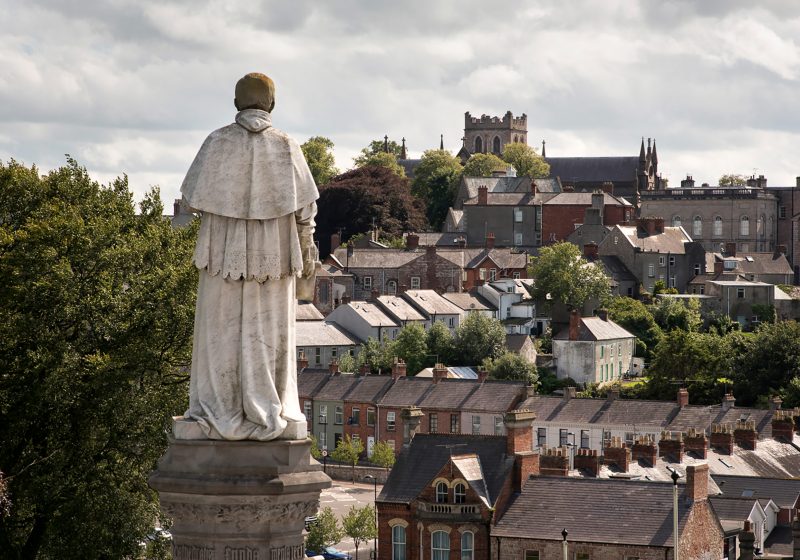 EMBARK ON AN EPIC JOURNEY TO THE HOME OF ST PATRICK