From Blossom To Bottle

The world’s best cider? Look no further than Armagh. The finest apples, grown, pressed and fermented the natural way with no additives, colouring or, indeed, anything but pure apples. And the apple juice is world famous too!

Armagh and apples have gone together for centuries. Probably long before the 12th century when orchards were first recorded here. Two ancient local townlands named Cannagola, ‘chief place of the apples’, give the game away.

But the biggest impetus for what would become a world famous cottage industry came during the Plantation of Ulster, when Scots and English were settled on land previously held by the Irish. It became common for landlords to insert a clause in their tenant’s lease that they must plant orchards and so the landscape bloomed with apple trees [and various other fruits too].

When King William III arrived in Portadown en route to the Battle of the Boyne, he made sure his cider maker, Paul le Harpen, was in place to supply his troops with the inspirational liquid. Perhaps the outcome of the battle might have been different had his foe, James II, shown the same initiative. 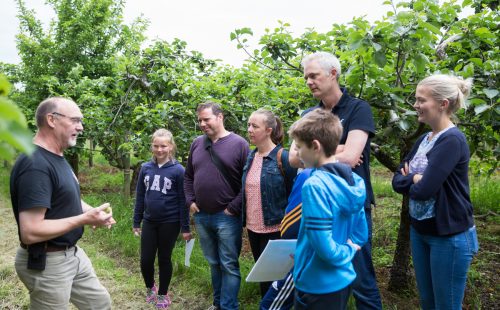 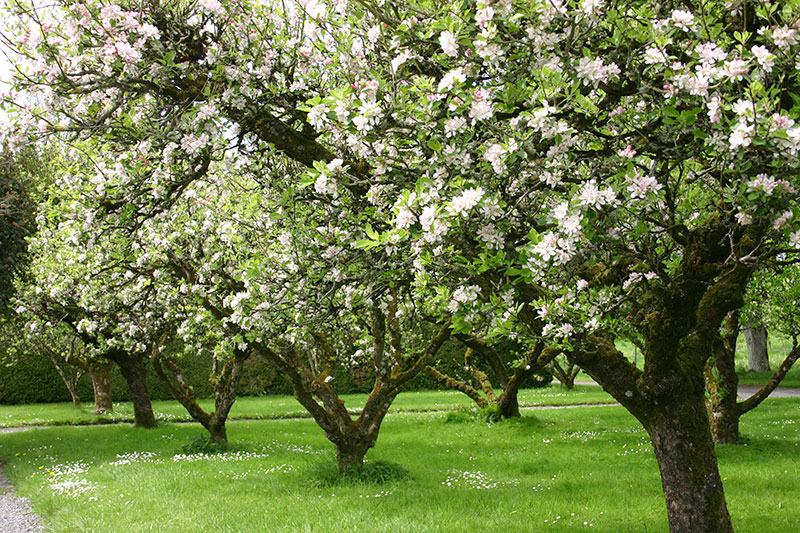 Today, you can find Armagh cider made exactly as Paul le Harpen would have done. The only real difference in recent times has been the use of Bramley apples, introduced in the 19th century to Armagh and now awarded PGI status.

Among the leading lights in the amazing Armagh cider renaissance of recent years have been Helen and Philip Troughton from Ballinteggart House, outside Portadown. The Troughton family have been growing apples there for four generations since 1898 but the house, which dates to the 1700s, already had orchards when the Troughtons arrived.

Over the generations the existing orchards were extended until today there are 100 acres of them, 80 acres of which are in production.

It was Philip’s father, ‘TG’, who first thought of setting up a cider business at the farm. However, although he bought some equipment, he found he was too busy selling his Bramley apples to the retail trade and a large commercial cider maker to follow his dream.

It would be his son Philip and Helen who took the first steps into cider making. Surely, they believed, there was a market for small scale, chemical and additive free cider and apple juice, made with apples from their own orchards in the traditional way.

There was.  Helen and Philip’s Armagh Cider Company is now a byword for excellence, as modern tastes demand the purity and quality only a traditional cider maker can supply. Others followed and now Armagh has several acclaimed cider companies.

The apple season begins around the end of April, when the beautiful rolling countryside of Armagh is transformed by acres of intense pink apple blossom (with little patches of white and red from the cider and eating apples).

The apples, which begin to grow after the blossom fades, are harvested between September and November. Then they are hand pressed, with yeast added, and left to ferment. By May or June they are ready to be bottled. Nothing but pure apple juice is used in the Armagh Cider Company cider, which proudly bears the PGI logo.

Not only do they produce many different kinds of cider, but each one is a different mix of apples – different formulations of Bramley, cider apples and traditional eating apples long gone from our shops (Helen and Philip grow over 30 varieties). They add a slight touch of Bramley to the mix of eating apples that compose their delicious apple juice.

Discover this ancient craft for yourself on regular orchard tours and open farm days at Ballinteggart House when you can taste the apples and ciders and even make your own juice.

They are also part of the Armagh Food & Cider Festival in September. 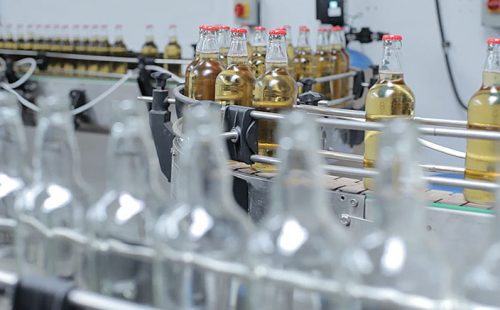 Discover this ancient craft for yourself on regular orchard tours and open farm days at Ballinteggart House when you can taste the apples and ciders and even make your own juice.