We have already visited Dan Winter’s Cottage and Sloan’s House on day one of this tour and Brownlow House in Lurgan on the morning of day two.

For the final part of the roots of Orange tour, we make the short journey from Lurgan, home to Brownlow House, to Portadown to see one of the most vibrant and important orange halls in Northern Ireland.

From the formation of the order at Dan Winter’s Cottage and Sloan’s Inn, both just a few miles away, Portadown has been one of the main centres of the Orange Order with some of the first lodges in Ireland formed here.

Surrounded by the lovely Armagh countryside, Portadown developed quickly from what was little more than a village in 1795, when the Order was formed, to a thriving town by 1882, the Grand Opening of Carleton Street Orange Hall.

The hall has had its share of famous visitors over the year, including Edward Carson, leader of unionism in the campaign against Home Rule, and Sir James Craig, the first Prime Minister of Northern Ireland. 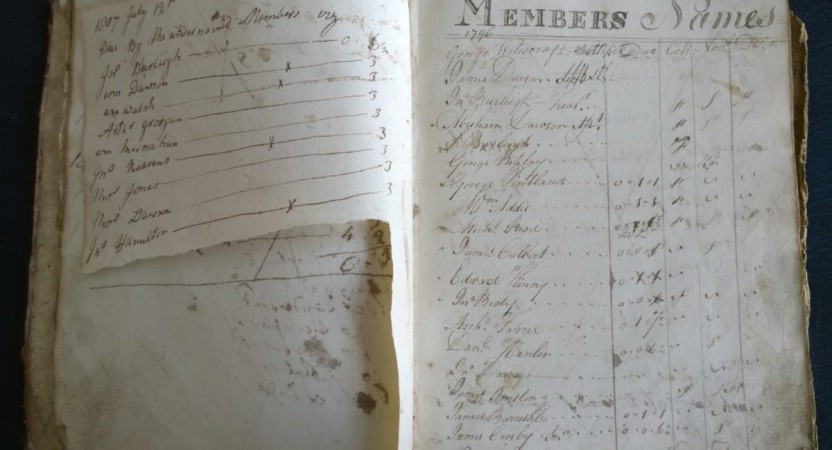 ‘Portadown minute book from 1796, one of the first minute books in the Institution’.
Artefact on display in Sloan’s House, Loughgall

Many who contributed to that dramatic transformation were also behind the founding of the Orange Hall. Their number includes business people like the Shillingtons and the influential Blacker family, descended from William Blacker, the first Grand Master of the Orange Order.

Orange halls were virtually unheard of in 1882. Instead, meetings were held in private houses or in rooms specially set aside in hotels or inns. This, however, would not be any orange hall. Considered one of the finest in Ireland when it opened, the iconic building is one of the most impressive in Portadown, itself not short of historic buildings.

The hall has had its share of famous visitors over the year, including Edward Carson, leader of unionism in the campaign against Home Rule, and Sir James Craig, the first Prime Minister of Northern Ireland.

Over the years it has expanded to take in the needs of a growing membership (it is the home of the numerous lodges of Portadown District) and its increasing use as a centre for community events. 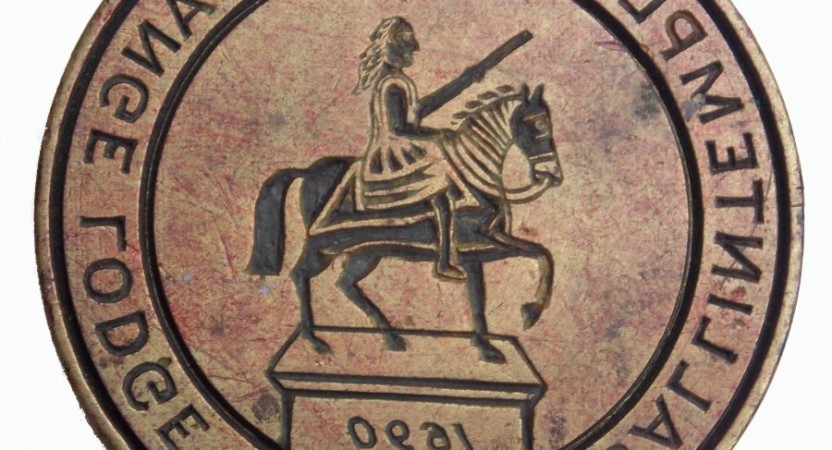 ‘A lodge seal from Ballintemple lodge No. 1282. Formed in 1824 in Co. Cavan under a military warrant’
Artefact on display in Sloan’s House, Loughgall

The hall is a hub of activity at most times, often used for concerts, dances and teas but in July it takes on a special significance. On July 12th and 13th, it is packed by members of the Orange Order and Black Institution as they arrive in great numbers to collect their banners before leaving for their parades.

Visitors to the hall will absorb not just its rich heritage but the workings of a busy orange hall of today.

That completes the final leg of the tour of the roots of the Orange Order.