This exhibition was drawn from the Museum’s collection of works by George Russell (AE).  The Inspiration for much of Russell’s painting and poetry reflect his deeper inner thoughts.  He was fascinated by the spiritual world, influenced by dreams and visions and captivated by ancient Irish myths and legends.  Even his pseudonym ‘AE’ refers to the name for mystical beings known as ‘Aeons’.

Having started out portraying what he thought of as Ireland’s invisible inhabitants, he gradually turned more and more to landscape.  He worked around Marble Hill in Donegal and regarded the West of Ireland as ‘charged with psychic energy’.  The influence of this rugged scenery and rural lifestyle can be seen in paintings depicting Irish peasant women, such as ‘Eventide’ and ‘The Potato Gatherers’.

In his later years Russell, a pacifist, became disillusioned with Irish politics and the violence which accompanied the partition of Ireland in the 1920s.  His increasing sense of isolation brought a move to England… ‘I have stepped somehow into having the wide disinterested view of a planetary citizen.  And I don’t think Ireland at present has much to give the world’, he wrote.

These sentiments contrast with Russell’s love of the Irish landscape and his images of Ireland’s mythical past.

George Russell died in a nursing home in Bournemouth in 1935. 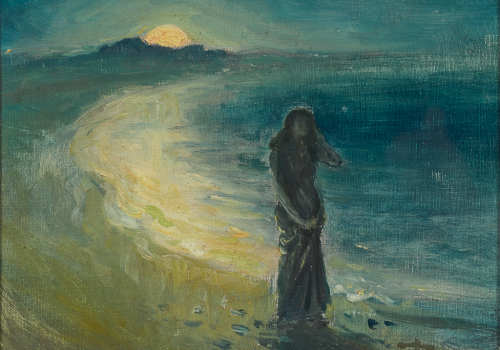 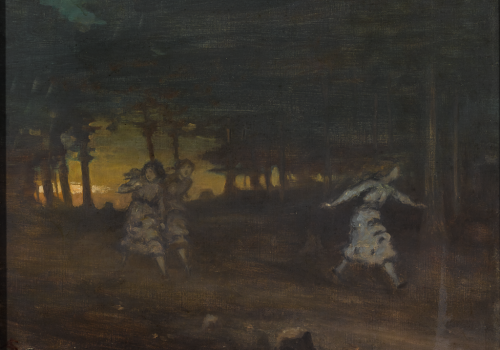 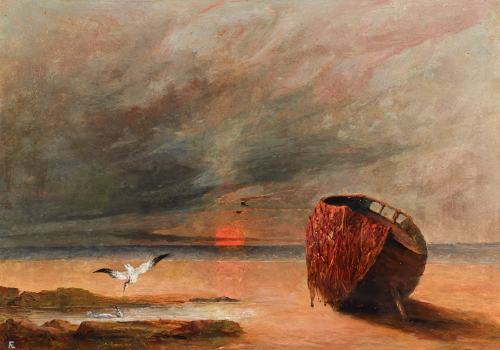 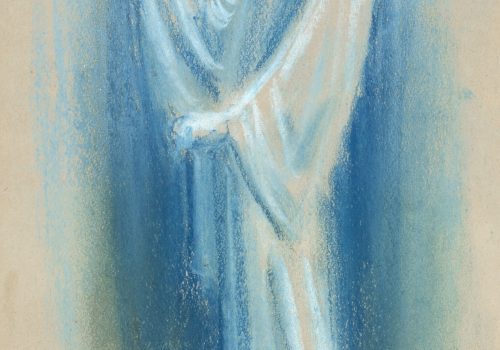 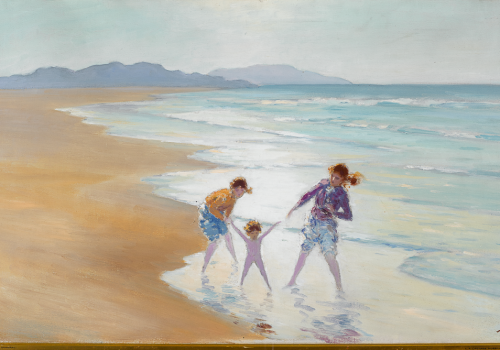 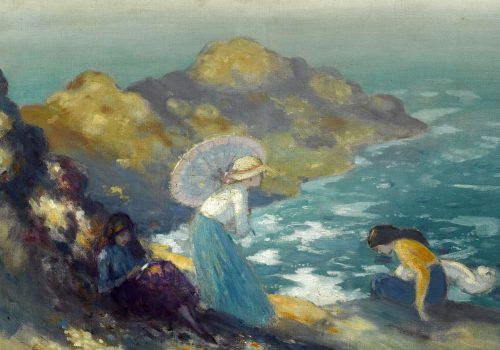 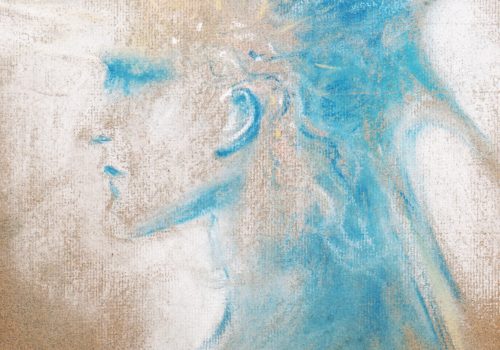 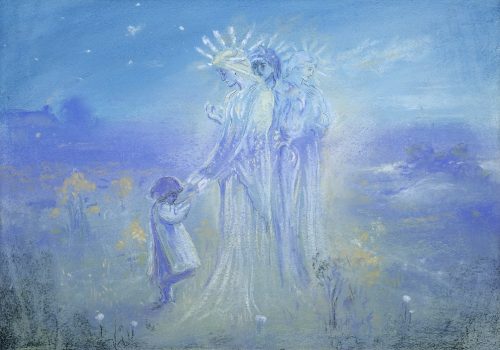 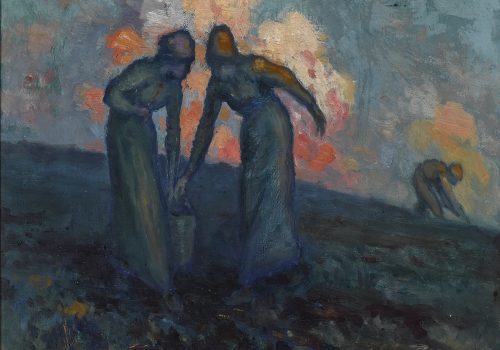 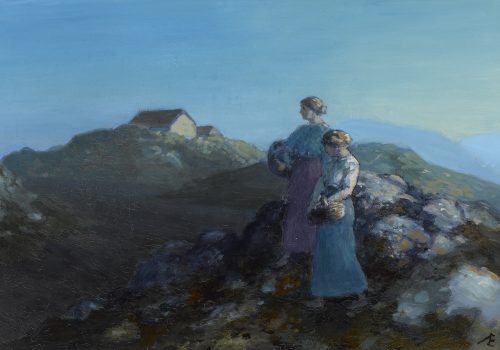 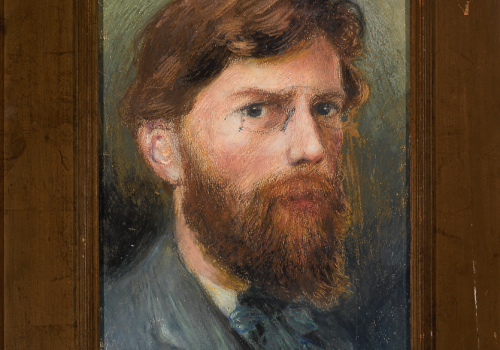 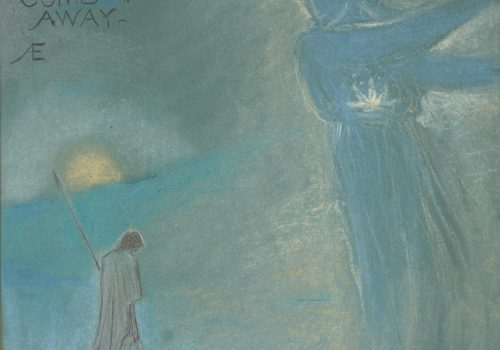 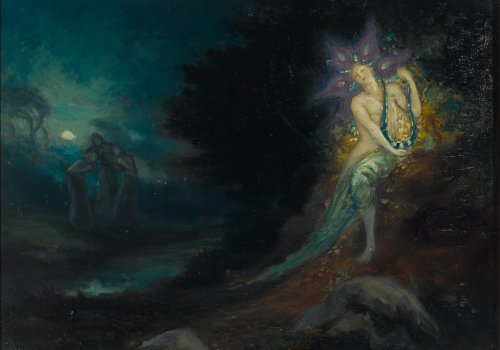 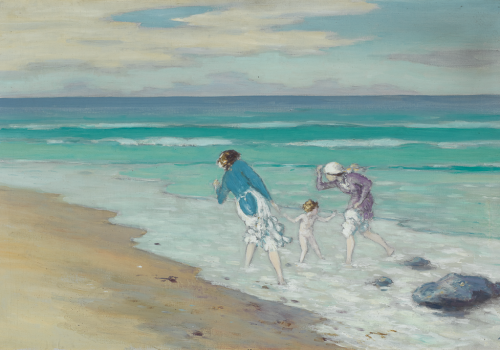 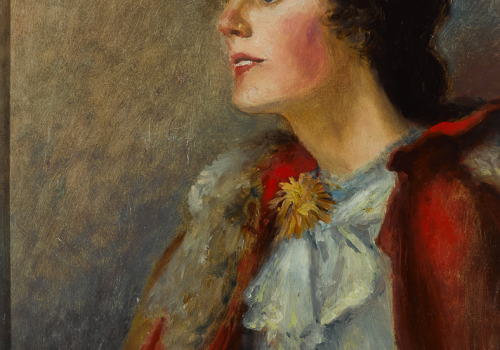 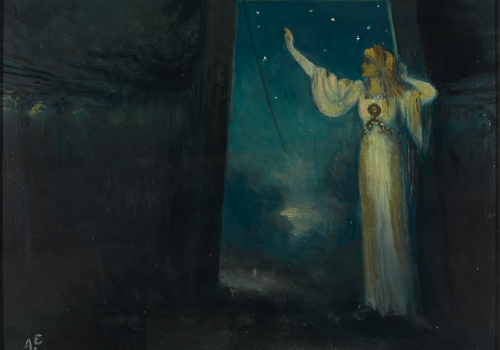 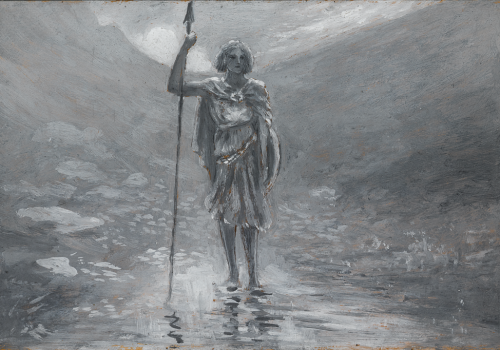 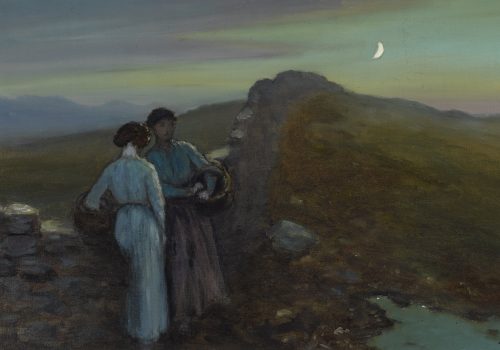